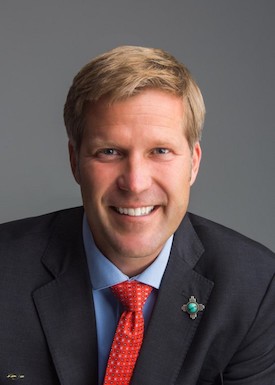 The new mayor, 39, was elected to a four-year term that began in December 2017. A recent alumni of the W.K. Kellogg Foundation’s Community Leadership Network, Tim says making a difference in his hometown is the reason he ran for office.

“I was born and raised here; so was my wife,” explains Tim. “Everyone in Albuquerque knows we have serious issues, such as a lack of opportunities and high crime. My wife said to me, ‘well if you really want to do something helpful then run for mayor. That is a job that can hopefully make a difference.’”

Another reason he ran for mayor had to do with his former elected position as New Mexico’s state auditor.

“I had identified a number of problems, such as where money was being wasted, social justice areas around victims’ rights, and inequity in pay and resources,” he says. “But I couldn’t do anything about these issues. Running for mayor allows me to do something about the problems I identified.”

One of his top priorities as mayor is to encourage economic opportunities for the city. “Our city’s job growth has been flat, and our average wage rate has continued to drop annually,” he explains. “We are losing high wage jobs, but gaining entry level jobs. When people graduate from college or high school here, they have opportunities in cities like Dallas, Phoenix, Denver and Austin. But in Albuquerque there are too few jobs for the number of people that are looking.”

When you dig deeper you find the city is being used in many ways as a low-cost labor provider, according to Tim.

“This isn’t a good strategy for the city’s economy,” he says. “The jobs that are coming to Albuquerque are at call centers and support centers. I actually used to work at one of those centers, so I know they are great entry-level jobs. But there’s nowhere to go, because management is typically out of state. So the issue is that Albuquerque doesn’t offer the career paths we used to. As a result, you can have a job here, but you can’t have a career.”

“The city needs to get back to creating that career ladder for people to climb,” Tim says. “We’ve long talked about the importance of family businesses and entrepreneurships, but we weren’t giving these local businesses the same types of economic packages and incentives that we gave other companies to move here. Yet, every dollar you keep local has a multiplier effect. So, City Hall is really trying to grow our own now.”

The new mayor wants to build economic opportunities from an equity perspective. “If you are running a family business why would we make it easier for other companies to come here and make the same product?” he asks. “We should be supporting the company that’s here already. We also are disenfranchising our own minority-owned businesses, which we have to fix. So, these issues run deeper than just attracting economic opportunities.”

Fighting crime is another top priority for the mayor. “We have one of the highest crime rates in the nation per capita,” says Tim. “We need to hire more officers and attack crime from all sides, using proven and effective community policing strategies.”

He says Albuquerque used to be rather good at community policing. “Our communities worked really well with law enforcement as partners and neighbors to deal with gangs and drugs,” says Tim. “But we’ve gone off on this data-driven policing model that just hasn’t worked.”

To learn more about Albuquerque’s troubled police department and the DOJ Consent Decree, here is a special report produced by the Albuquerque Free Press and Huffington Post in October 2017.

The new mayor says his Kellogg Fellowship was a huge influence on his campaign and his decision to run.

“About half of my platform came from that Fellowship,” he says with a laugh. “That experience changed the lens with which I view problems now and also the tools. It gave me a way to be thoughtful and directive about equity issues.”

In fact, equity was something Tim actually ran on during the campaign. “Our city actually elected someone who spoke about equity, race and gender, as opposed to someone who tried to move past it,” says Tim. “It says a lot about Albuquerque. The residents elected a mayor passionate about restoring race and gender equity at City Hall.”

Other Kellogg Fellows were very involved in Tim’s campaign. “They were key advisors and inner circle members from the beginning,” he admits. “These Kellogg Fellows helped me write all my policies. They were invaluable in community organizing efforts. I couldn’t have done it without them.” 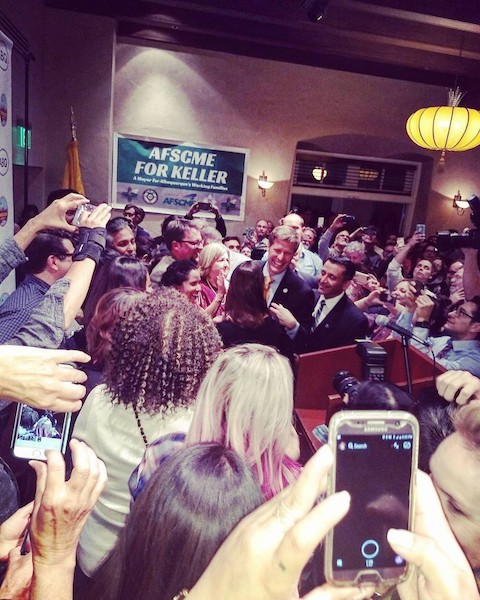 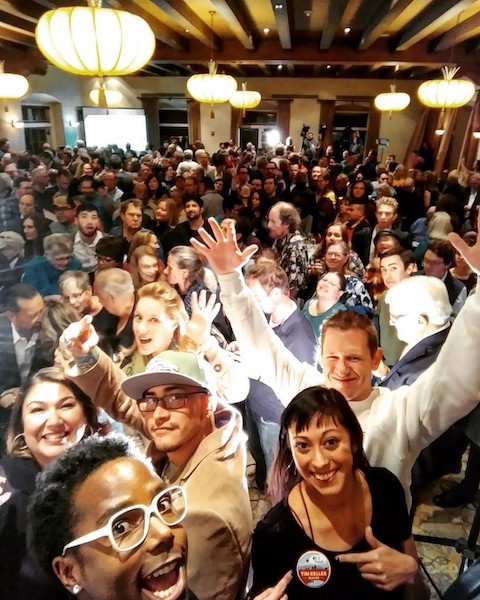 Kellogg Fellows and many others at Keller’s victory party. Photos Courtesy of Hakim Bellamy