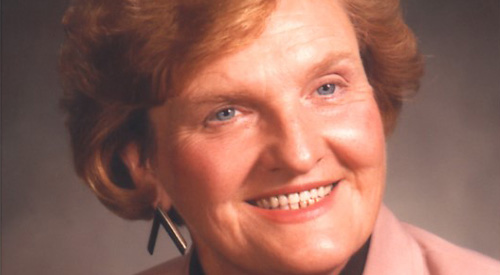 Gail, whose Cheyenne name is Vehonnaut (“Head Chief Woman”) grew up on the Northern Cheyenne Indian Reservation near Lame Deer, MT, where she still lives and works. She graduated from the University of Montana, and the University of Oregon School of Law. She currently serves as an Assistant Professor of Native American Studies at Montana State University, in Bozeman, MT.

Widely acclaimed for groundbreaking work on the intersection of culture, resource management, and environment—within the context of climate change and indigenous people’s sovereign rights—Gail has devoted her life to the betterment of Indian people.

Gail began her career as a promoter of fishing rights and Indian religious freedom at California Indian Legal Services and an adjunct professor at Humboldt State University. In 1984 she returned home to founded Native Action—one of the first non-profits on an Indian Reservation.

The result of tireless organizing and long-term alliance building with Indian and non-Indian communities, her impact is felt across nations—shaping federal and tribal policies.

Through Native Action, Gail was instrumental in establishing the first bank, public high school and Chamber of Commerce on the Reservation and, in 2001, the founding of Cheyenne Stars—a program to address high suicide, rape, and early pregnancy rates among Cheyenne girls by building supportive, intergenerational relationships between girls, mothers, and elders.

Gail has strengthened tribal courts and governments and drafted key cultural, environmental, economic, and violence prevention policies for many tribes.

Gail is not just what she has accomplished, but how she accomplishes it. She has a gift of keeping sight on the big picture, while focusing on each person’s needs.

The Kellogg Fellows Leadership Alliance (KFLA) creates opportunities for 1,500 Kellogg Fellows from across the world to leave a significant legacy as a result of having participated in leadership development programs through the W.K. Kellogg Foundation. Founded in 2002, KFLA’s mission is to identify and implement solutions to complex challenges by expanding the work and the impact of these Fellows in collaboration with local leaders, one another and other foundations’ leadership alumni groups. For more information on the Matusak Courageous Leadership Award contact KFLA at (303) 839-5352.