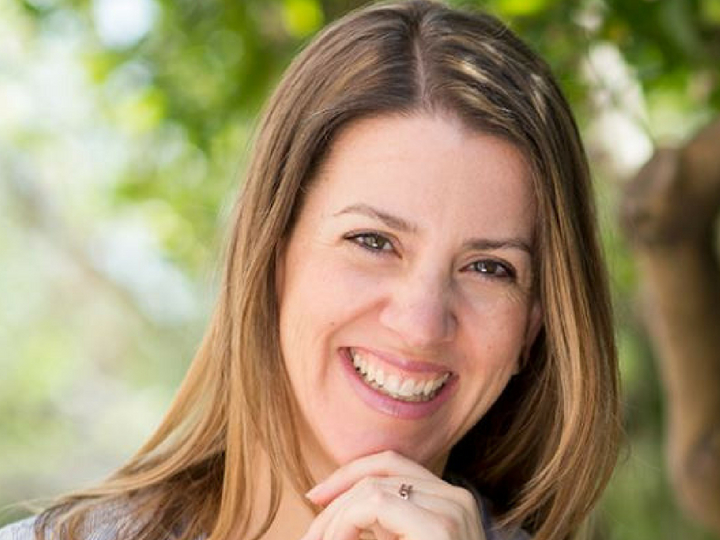 Anna Lappé is one of the most influential voices in the food movement today. An internationally respected author and educator, she is known for her work as an expert on food systems and as a sustainable food advocate. She is the co-author/author of three books and the contributing author to ten others.

Her most recent book is Diet for a Hot Planet: The Climate Crisis at the End of Your Fork and What You Can Do About It, which has received accolades for its exploration of the complex relationship between climate change and agriculture. Anna is also the co-author of Hope’s Edge, which chronicles social movements fighting hunger around the world, and Grub: Ideas for an Urban Organic Kitchen, which showcases the ecological and social benefits of sustainable food with seasonal menus from chef/activist Bryant Terry.

Anna is the founding principal of the Small Planet Institute and the Small Planet Fund. She currently leads the Real Food Media Project, an initiative to spread the story of the power of sustainable food using creative movies, an online action center, and grassroots events.

UC Food Observer recently caught up with Anna at a talk she gave to an audience of several hundred at UC Santa Barbara. “Ethics at the End of Our Fork” was hosted by the Walter H. Capps Center for the Study of Ethics, Religion, and Public Life. In a riveting and far-ranging talk, Anna spoke about the myriad ways in which the food system impacts our lives, and how recent and diverse social movements motivated by a profound ethic of food are transforming how we feed ourselves.

Q: Your book, Diet for a Hot Planet, has resonated with audiences and sparked important discussions about climate change and food production. Since its publication, have you seen changes that encourage you? Are there issues about which you feel an even greater sense of urgency?

A: When I wrote Diet for a Hot Planet, I did so because I was astonished to learn how much the food system—from synthetic fertilizer production to transportation and food waste—was contributing to the climate crisis. And, it seemed, no one was talking about it. When people were talking about what was driving the crisis, most first focused on coal-fired power plants or Exxon and Chevron’s latest exploits. Not many were talking about what they ate for dinner, or more importantly how the world’s biggest agribusiness firms were worsening global warming, from deforestation in Indonesia to coal-fired power plants in China. While of course the fossil fuel industry is a key culprit, the global food sector—which relies heavily on fossil fuels—contributes to as much as one-third of greenhouse gas emissions.

At the time, there was very little conversation about food and climate in the media. Very few environmental organizations had food-focused climate change campaigns.

What’s encouraging is that the conversation has totally changed since I published the book: It’s now the exception for a big “Green” group not to be talking about food. More and more people are thinking about what climate-smart farming looks like and appreciating the role of agroecology, especially as it reduces on-farm greenhouse gas emissions and fosters biodiversity.

In terms of urgency, we have an even greater sense of how serious climate change is and how important it is that we change course. Because of this urgency, it’s even more important for every sector to play a role in reversing greenhouse gas emissions, including the food sector!

Q: We’re particularly excited to learn more about the Real Food Media Contest. What are some key things people should know about this project, and the films that are coming out of it?

A: We’re in the second year of the Real Food Media Contest, a competition for short films on food and farming judged by some of the country’s hotshot filmmakers and foodies, including Michael Pollan, Alice Waters, Padma Lakshmi, and Tom Colicchio. It’s been amazing to see submissions come in from around the world, totaling more than 300 in these two years. The ten winning films showcase incredible stories, from an innovative food business (think: snails!), to farmworkers demonstrating incredible resolve and organizing prowess, to a young woman’s powerful spoken word piece about the impact of diabetes on the lives of young people of color.

I want everyone to watch these movies! Doing so, you will be moved, educated, and hopefully inspired to think differently about every bite you eat.

All the films are free to watch online and to showcase at events and in classrooms — and we support you to do so with tools and resources to host your own Pop-Up Film Festival. Our mission is to spread these under-reported stories around the world.

Q: If you could encourage individuals to make one or two changes in their daily lives that would positively impact the food system and environment, what would they be?

A: I think one of the best ways to positively impact the food system is to connect with what’s happening in your own community and get involved. What’s so exciting about food system change is that it’s everywhere. Interested in urban planning? Public health? Social work? Business? Law? Agriculture? There are connections in all these fields to what we eat.

The second thing we can all do, of course, is eat more consciously. Find out where our food comes from, ask questions at our local supermarkets, read labels like a detective. Doing so, what many of us find is that the kind of food we want to eat – fresh, organic, whole food – isn’t available to us or to our neighbors. Eating more consciously makes us notice that and ask why? The mother of the farm-to-table restaurant revolution and edible education, Alice Waters, likes to quote Paul Cezanne who said: “The day is coming when a single carrot, freshly observed, will set off a revolution.”

Q: What is inspiring you most about the food movement right now?

A: Too many things to fit in one answer. I love Civil Eats’ coverage of the Good Food Vanguard, highlighting some of the most impressive and exciting work happening to bring good, healthy food to more people and support those food producers on the frontlines. Any time I’m feeling beaten down by how entrenched our food problems are I tune into Civil Eats.

More about Anna: You can also catch Anna on TV; she is the co-host of the public television series, The Endless Feast and is a featured expert on the Sundance Channel’s Big Ideas for a Small Planet.

Anna holds an M.A. in Economic and Political Development from Columbia University’s School of International and Public Affairs and graduated with honors from Brown University. From 2004 to 2006, she was a Food and Society Fellow, a national program of the W.K. Kellogg Foundation. In 2010, she was selected as the first “Innovator” with the Glynwood Institute for Sustainable Food and Farming.