I want it in my lifetime 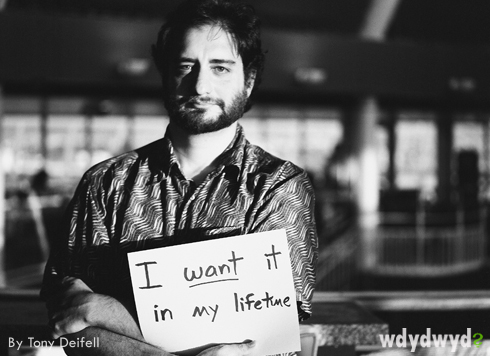 I grew up a Cuban refugee in Chicago in a family of five kids. We lived in a run-down neighborhood with gangs and prostitutes parading nightly outside my bedroom window.

I grew up a Cuban refugee in Chicago in a family of five kids. We lived in a run-down neighborhood with gangs and prostitutes parading nightly outside my bedroom window. For a long time, I fused the turmoil I experienced outside my home with the turmoil I experienced inside my home with my untreated and mentally ill father. Early on, I dedicated my life to eliminating the root causes of the suffering I witnessed.

When I was in high school, I picked up a book by Gerard K. O’Neil called, “The High Frontier.” I fell in love with the dream of creating a movement of peace and international cooperation through the awe inspiring undertaking of colonizing space. For a long time, I literally wanted to build this New Jerusalem of a new earth in space.

By early adulthood, I gave up on those high ideals. I became aware of the militarism and nationalism that made these dreams so naïve. Not in my lifetime!

Instead, I suppose I unconsciously chose to be a public sector psychiatrist to treat the turmoil I didn’t even recognize as mental illness in my father until very recently. I had identified poverty and systems level blocks to human fulfillment as the arena I would dedicated my life’s work to.

My work at [1]SEED is about reclaiming that dream of creating a new world together. It is about discovering what is possible, when we open our hearts and minds and spirits to the yearning, the “first impulse,” that I believe is within each of us…and to the brilliance inherent in our human collective.

[1] This essay was originally written in 2005 when Carlos Monteagudo was the Associate Director of SEED in New York, NY.