Of all my travels around the world, my trip to Cuba is the one trip people have been most curious about.

“So, how was Cuba?” they invariably ask when they find out I went there last summer.

I have learned to summarize my trips in one or two sentences because although most people try to be polite, they really can’t sustain their interest in others’ travels. But Cuba is turning out to be different. They want to know what it was like. Their eyes even light up. So I indulge them a bit more.

As our plane crossed over the greenish-blue Straits of Florida on the 45-minute plane ride from Miami to Havana on the largest island in the Caribbean, I must admit that I felt a little naughty going to that forbidden place that had caused so much angst and fear in Americans 50 years ago.

For the first few days it was difficult for me to articulate an answer about what Cuba was like. Initially, it was all about novelty, like seeing those iconic 1950s cars in their different shapes, sizes, colors and conditions. 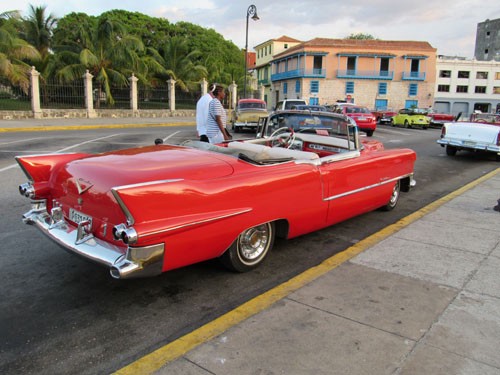 My fellow travelers and I found ourselves snapping photos of these cars nonstop. I even waved hello to people in the airport parking lot when we first arrived as if to say: I am an American, a friend, one who wants to see an end to the U.S. embargo against Cuba.

As we ate our delicious meals, sipped cold, mint-flavored mojitos and were serenaded by wonderful singers and guitarists in paladares (family houses converted into privately-owned restaurants), I began to take in the culture and loosen up my pre-conceived American notions about Cuba. I tried to listen with greater empathy and curiosity about who Cuba was, what she represents and how she has been able to survive these many years of hardship. However, as I soon learned, once you open your heart to Cuba, you will be seduced by her.

By the second day, I found Cuba absolutely charming and could see why it was a favorite tourist and vacation place for Americans in the 1950s — and has remained a favorite destination of Canadians, Spanish, French and Germans. The downtown buildings are beautiful; the food is tasty; the hospitality is gracious. Of course, we stayed in five-star hotels and took an air-conditioned bus to our various destinations. However, that didn’t detract from experiencing the Cuban soul as we met different natives who held their heads high with dignity and pride as they spoke about what they have been able to accomplish in their fields and as a nation despite their being a little island in the shadow of a behemoth power. 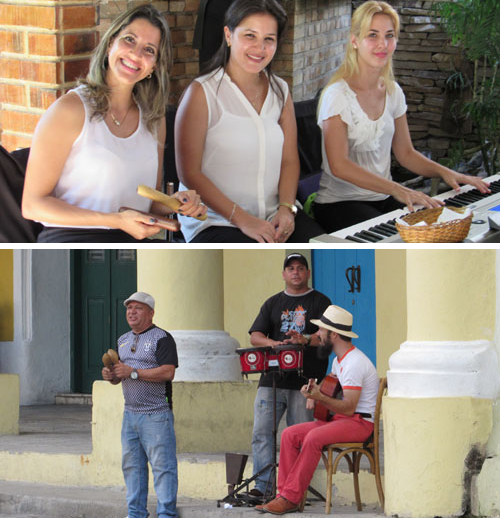 Music is everywhere in Cuba. I’ve never seen so much music on the streets and in restaurants in any other of the many countries I’ve visited. Music during the noon meal is a Latin American tradition and the Cubans seem to revel in it not just for the sake of the tourists but for themselves as well. At the paladares and hotels, musicians play a lot of American songs from the 60s. It seems they are trying to appeal to their American guests who remember the old songs, but they sing them as if they truly like them. They also play spunky and melodic Cuban songs including “Guantanamera,” which is about Cuban peasant women from the province of Guantanamo, yes, home of the U.S. Naval Base and detention camp for the terrorists.

Life has clearly not been easy for Cuba. Before the revolution, income inequality, unemployment and poverty were high. Even so, the one-crop economy had greatly benefitted the upper classes in the early part of the century through the sale of sugar (“white gold”) to the United States.

However, by the 1950s, most Cuban children were not in school; half of the rural population and 25 percent of the urban population were illiterate. Most urban homes had electricity and running water but not rural homes. Crime, prostitution and unemployment in Havana were high and racism created inferior schools and living conditions for non-whites.

After the revolution, citizens no longer paid a personal income tax, and Cuba was one of the few developing countries to provide foreign aid for public infrastructure projects in 20 countries in Asia, Africa and Latin America. In 1982, it provided Nicaragua with $130 million in agricultural and machinery equipment and 4,000 technicians, doctors and teachers. However, by the mid-1980s, Cuba began defaulting on its loans and unable to pay its debts. And, since 1958, it was under a U.S. commercial, economic and financial embargo. 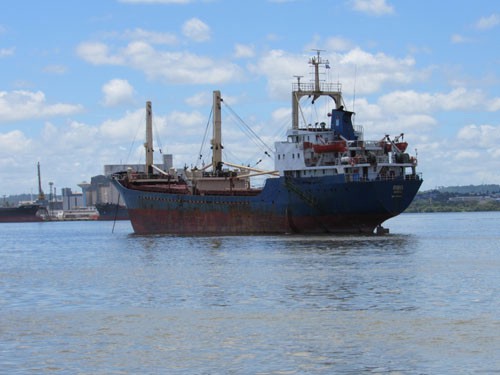 Then, in the early 1990s, another economic crisis arose due to the simultaneous collapse of the Soviet Union that marked the end of its subsidies and the tanking of sugar prices on the world market. Famine resulted and everything almost literally stopped. This period became known as the Special Period. To recover, the government introduced market-oriented reforms including tourism, foreign investment, self-employment in 150 occupations, liberalized agricultural markets and income tax on the self-employed. But more needed to be done. In 2011, the “New Cuban Economy” provided for more entrepreneurial opportunity and less government control — except for nationalized companies that provided essential public services.

This new economy was brought on by Fidel’s admission to his brother and fellow revolutionary, Raúl, that the Cuban model of centralized planning was no longer sustainable. They then instituted a co-operative variant of socialism where the state plays a less active role in the economy and worker-owned co-operatives and self-employment enterprises are encouraged. In December 2011, a new credit policy also allowed Cuban banks to finance entrepreneurs and individuals wishing to make major purchases for home improvements.

A big part of Cuba’s history is living with foreign domination the likes of Spain, England from 1492–1898, the United States over the past 100 years and the Soviet Union (1962–1991). Nevertheless, Cuba has endured. Cuba has survived. And, in the process Cuba has made some great strides. For example, it provides free universal health care and education to all its people and has nearly a 100 percent literacy rate. Everyone appears to have a home; we saw no one sleeping in the streets. There appears to be enough food and people feel safe from crime. One of Cuba’s most important exports is medical help and pharmaceuticals, and the country is a model for sustainable agriculture — both urban and rural. Tourism is picking up and will continue to grow as Americans are able to visit the island more easily.

Even so, Cuba is still considered a poor country. Individuals do not make a lot of money, even professionals, and jobs are difficult to find. Transportation — for either short or long distances — is always a trial.

Cuba’s determination of continuing this experiment now as a quasi-socialist/capitalist economy has also prompted more innovative and enterprising solutions to every day problems like growing food, finding housing, eking out a living, keeping people healthy and getting them educated so they may help their country. Surely, these are obvious reasons for the enormous sense of hope exuded in the people we met. 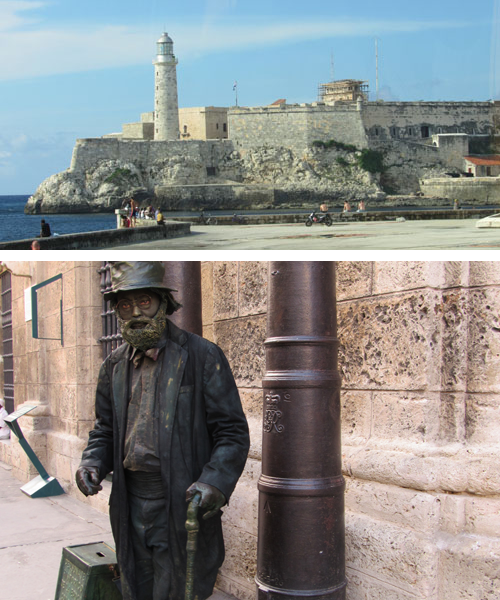 I must admit that being in Cuba almost caused me to “forget” why the U.S. and Cuba have been enemies even though I lived through the Bay of Pigs invasion and the very scary Cuban Missile Crisis where we thought World War III would commence. Of course, there is a difference between the people you meet and the government that leads them. Governments are political entities. It is their nature to fight for power and authority both at home and against other governments. That includes constructing narratives that inform the people about who the country is and what it stands for. Unfortunately, sometimes these narratives set up internal conflicts that have to be maintained rather than be resolved.

As Marc Frank, a long-time U.S. journalist in Cuba, noted that like him or not, Castro is without a doubt one of the most important personalities of the 20th century because he stood up to the U.S. — and was not overthrown by his own people. That may seem like faint praise, but a 50-year run is a major accomplishment for any leader.

However, politics aside, Cuba is an amazing place and it was easy to see why it has long held a fascination for the outside world — and for those of us who visited this nation in July 2016.

This blog is a compilation of Kellogg fellows’ writings about their impressions and experiences during a 10-day educational visit to Havana, the Bay of Pigs, Santa Clara, Varadero and the Viñales Valley.

We hope you will enjoy this blog and find it informative and inspirational as relations between Cuba and the United States change — hopefully for the better for both nations. Of course, we invite your comments and critiques on the articles that comprise this blog as we would like to open up dialogue on Cuba during this most important time in her history — and ours.