Expectations play such an important part in any adventure and certainly they did as I reflect upon my visit to Cuba in 2016!

I expected a great deal — certainly seeing vintage U.S. cars from the 1950’s and I was not disappointed! (I rode in a ’52 Chevrolet and a ’57 Buick. Both were taxis and both needed a good motor overhaul, but their outsides were pristine!) However, I was surprised to find NEW cars–but none from the USA! They were from Korea, China, Japan, Italy, etc. And there were some from Russia, but they were not brand new. The beautiful BIG bus that transported us around had been made in China. This proves that when there is a vacuum, someone or something will fill it. And so it was that when Russia was no longer able to support the Castro Regime and Cuba, China and Venezuela stepped up. Now with the price of oil where it is, the future is different. 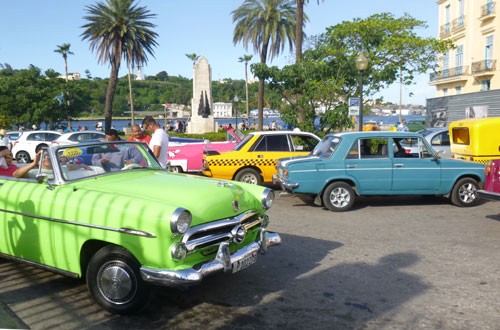 I wondered how we might be greeted by the Cubans in light of the USA imposed Blockade and Embargo. Again I was delightedly surprised to find that all the people I met were pleased to meet us and extended a warm welcome. One extreme example was when after riding on the bus for a few hours, several in our group needed to use a bathroom. As gas stations or other potential public rest rooms were few and far between, someone in our group asked our tour guide whether we might ask one of the houses we were passing if we might use their facilities. With some uneasiness, he did so and the homeowner said “sure.” With that, some 20 of us used their bathroom! The house was small but neat and was home to 3 generations–a grandmother painting her granddaughter’s finger and toes while others were going about their chores. While we did leave some pesos, that was NOT part of their giving us permission to stop and use their facilities. I have often reflected and asked myself what the reactions of a homeowner in Scarsdale or Sleepy Hollow would be if a busload of 29 foreigners in a HUGE bus were to stop in front of their house asking to use their facilities? We were blessed! 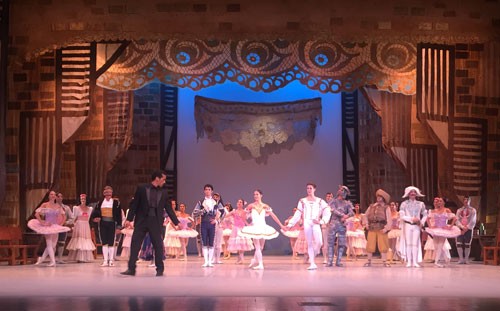 I continue to be interested in the Cubans two-tier monetary system. For example, we attended the ballet in Havana. Both the outside and inside of the building dedicated to the ballet were magnificent. The costumes and the performers were outstanding. We paid $55 for each ticket. The price paid by a Cuban to attend would have been 30 cents! However, our seats were front and center. In New York City, our ticket would have cost $300 or $400 each. While education is free as is medical care and there are subsidies on food, the salary of a doctor, or an executive is only $30 or $40 per MONTH!

Thus, no Cuban could afford to stay in the hotels we stayed in, nor eaten in the restaurants we dined in. I would think that this would breed discontent and resentment, but I saw no evidence of it. The hotels cater to the tourists although we were not called tourists, but rather individuals visiting Cuba on a People-to-People Exchange or an Educational Study program. Our breakfasts consisted of a magnificent buffet — cheeses for the Dutch, fatty meats for the Russians, pancakes and cereals for Americans. 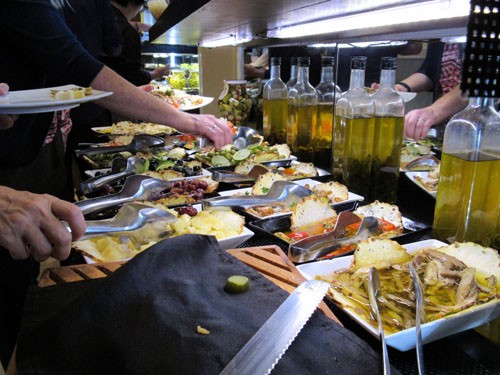 WiFi is not readily available or dependable and it is expensive. Thus, on the outside of hotel buildings, for example, you find people gathered with their computers taking advantage of the airways that extend beyond the walls of the buildings. Telephone service is available in the hotels to every country except the USA, however.

Those who like billboards along the highways will be disappointed as there were only an occasional one dedicated to Castro as one entered a city. I expected that there would be in a closed dictatorship plenty of police or some other military presence, but saw very little of either. However, I was interested that the itinerary, including the speakers who would address us had to be approved by some ministry of the Cuban government. However, those who spoke to us were very open and answered all questions, including ones that might have been considered sensitive. (Marc Frank, author and a reporter for Reuters, whose articles have appeared in the Wall Street Journal and the New York Times was one person we had a Q and A session with for about 3 hours.)

I was interested that until relatively recently 80 percent of Cubans worked for the government in some form or another. Since Raúl Castro took over from his brother, Fidel Castro, more entrepreneurship has been permitted so that number has been reduced to about 65 percent. 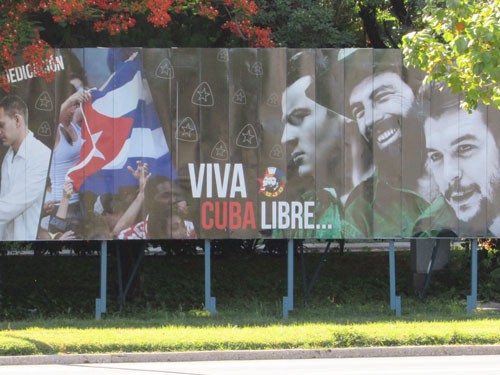 The agricultural sector has declined precipitously with only a small fraction of sugar cane being produced that once was. The quality of the cows that I saw were poor and I was unimpressed with the crops being grown. We visited a tobacco farm owned and operated by an impressive farmer who planned to double the amount of tobacco he planted to about 90 acres. An employee rolled a cigar which we took turns smoking. While I have only smoked a few cigars in my life, this one was mellower with a sweeter taste than any of those I had previously smoked. And those who did try it remarked that they could now appreciate the popularity of Cuban cigars! The rum we tasted was also truly exceptional.

The infrastructure is in dire need of attention and repair — especially buildings. However since there has been virtually no new construction, the skilled craftsmen needed for such work are few. As a consequence some with those skills are being imported. 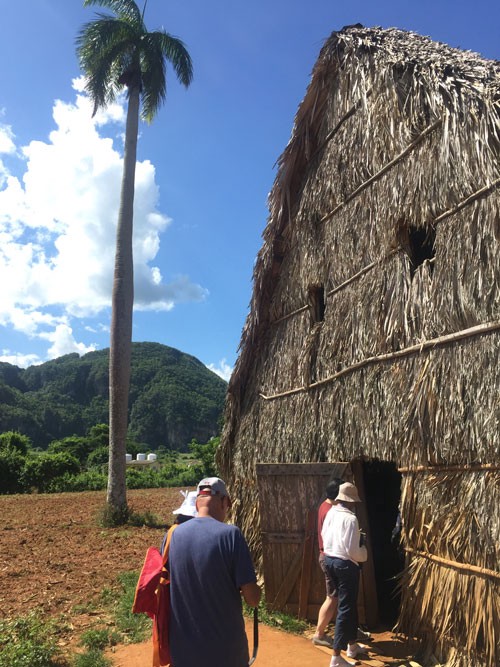 In sum, the people appeared well dressed, but certainly not lavishly so. I saw no homeless, but then again some who might otherwise be considered homeless, might have found shelter in some of the abandoned buildings. The weather was hot and humid with rain most afternoons. We noticed no drunkenness despite the excellence of Cuban produced rum!

The quality of the participants on this Kellogg adventure was what I have come to expect — HIGH!

In summary, reality was far different than most of my expectations!! It was an eye-opening experience! Thanks to the organizers!