We approached a huge space that looked like a Walmart parking lot sited next to an eight-lane highway. Three buildings have big, black, steel outlines of two Cuban heroes of the Revolution: Ernesto “Ché” Guevarra and Camilo Cienfuegos. Under Ché’s image is the quote: “Hasta la victoria siempre” (until the everlasting victory, always). Under Cienfuegos’s image is the quote: Vas bien Fidel” (you’re doing fine, Fidel).

The Plaza de la Revolución is the place where Cubans hold political marches and demonstrations. Fidel gave many a long speech here and I do mean long, once up to seven hours and 10 minutes! The last three popes also used this plaza to celebrate Mass. I must say it is a rather unremarkable place despite its importance. The attention to making it a special place hardly compares to the Mall in Washington, D.C., Red Square in Moscow or Tiananmen Square in Beijing. Hey, Cuba is a poor, little country. 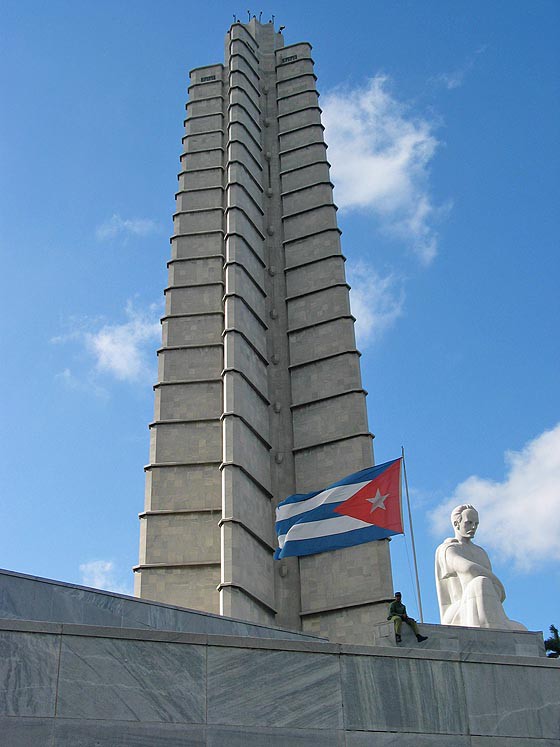 Across the square is a gray marble sculpture of José Julián Martí Pérez (1853–1895), a Cuban national hero and an important Latin American literary figure. The memorial statue and lookout is 357 feet high and one of the tallest points in the city, which further emphasizes his importance.

Martí was a poet, an essayist, a journalist, a revolutionary philosopher, a translator, a professor, a publisher, a Freemason, a political theorist. Through his writings and political activity, he became a symbol for Cuba’s bid for independence against Spain in the 19th century. Consequently, he is referred to as the “Apostle of Cuban Independence.” He is said to be seen everywhere in Cuba, especially Havana.

Ironically, this particular monument to him was commissioned by Batista after his successful military coup in 1952. The Castro regime kept the monument, however, regardless of its origins. Behind the monument is the National Assembly of the Cuban government. The National Library, many government ministries and other buildings are located in and around the Plaza as well. Located behind the memorial is the Palace of the Revolution, the seat of the Cuban government and Communist Party.

Near the plaza was a political billboard. These government propaganda pieces are scattered around Havana and the other cities we visited. This one extols the benefits of the Castro regime, which made possible a free Cuba. Hmmm, not many women in this one. 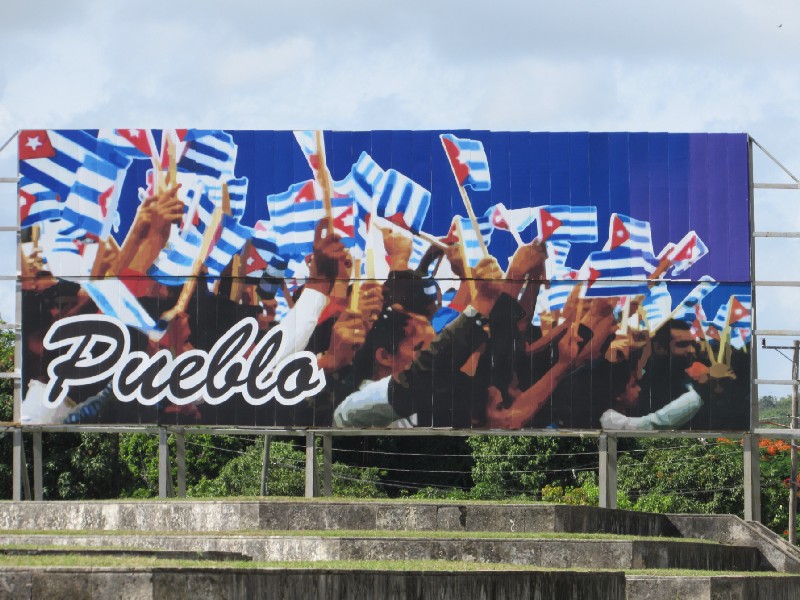