KFLA Trip to Cuba Will Focus on Race, Legacies of Slavery

About the Trip: June 18–25th, 2017. Cuba and the African Diaspora: Legacies and Realties. An 8-day experiential study trip to travel and learn. The mission of this Travel & Learn is to introduce and expose participants to the historical origins of the African Diaspora in Cuba through an intensive on-site engagement of the island’s culture, history, and structural continuities from the nineteenth century to the present. Led by Evelyn Hu-DeHart (KNFP-V) and Reynaldo Ortiz-Minaya.

About Evelyn Hu-DeHart and Reynaldo Ortiz 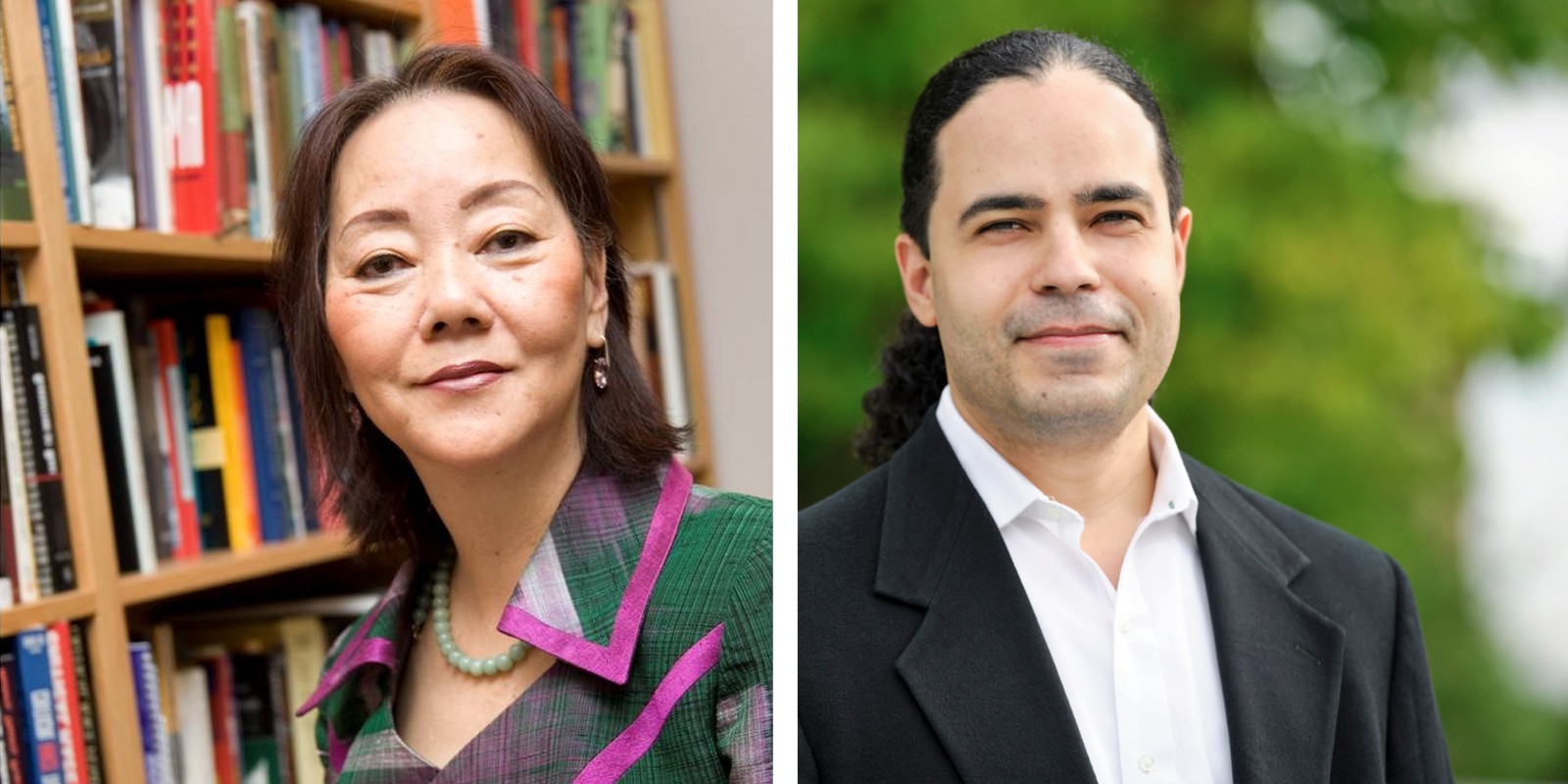 Evelyn Hu-DeHart is a KNFP Group V fellow. She teaches Latin American and Caribbean history at Brown University. In 2014–15, she directed the Brown Study Abroad program in Havana, and has been visiting and doing research in Cuba since the late 1980s, a witness to all the major changes and transformations of this island nation. She led KFLA’s 2016 trip to Cuba.

Reynaldo Ortiz-Minaya is a historian of the Caribbean with special emphasis on slavery and penal systems in the Spanish Atlantic. His doctoral dissertation examined the development of the sugar industry in Cuba during the 19th Century and the connections to slavery and the commodification of the island. He teaches Caribbean history at the City University of New York-Brooklyn College, where he works on questions of race and ethnicity, plantation economies and penal landscapes in Latin America and the Caribbean. He has been leading groups to Cuba for over twenty years.

How has race played out in Cuba’s past?

Reynaldo: People were brought directly to Cuba from Africa as slaves, and also ended up in Cuba as a result of the Haitian Revolution in Saint Domingue in 1804. Plantation owners transplanted slaves and the infrastructure of large-scale sugar production.

Historically speaking — since a few years after the Revolution in 1959 — race has been a controversial topic within Cuban society. While the Revolution has accomplished amazing feats within the confines of medicine and education, the issue of race and racism still stands. We know that you can’t deconstruct 250 years of racism because the Revolution said so.

The fragility of race remains an important question in Cuba; it’s an extremely hot and debatable topic, not only within academic circles, but also on a social levels. Serious changes are taking place on the island because of increasing tourism, as well as other pre-exiting historical factors. Cuban society is experiencing a conjuncture: Is race going to be a more difficult process to understand or lead to a more open and genuine social discussion?

What is the applicability of race history/relations in Cuba to the American experience?

Reynaldo: There is a direct relation between the African-American struggle and the Cuban struggle before the Revolution. There were individuals who moved back and forth between Black Harlem, Philadelphia, Key West, New Orleans, and Cuba. As far back as 1865 — at the time of the American Civil War — you find networks of people in Cuba and the U.S. interacting. The period of the Harlem Renaissance was particularly active. We hope to clarify that this connection is not post-Revolution, but pre-dates the Revolution.

Evelyn: As Reynaldo said, there has always been communication between Cuba and New York and New Orleans. It was pretty easy to get from Cuba to New Orleans and from Cuba to New York. There were many individuals who were traveling and in communication. Southern plantation owners had explicit connections with Cuba. After the American Civil War, Southern plantation owners went to Cuba to run sugar plantations. They used Cuban slaves and Coolie labor.

What are some of the things participants can expect in the upcoming trip?

Evelyn: Participants will certainly learn about the intellectual and background history of race and slavery in Cuba, but we’ll be on the ground and engaging in experiential history. And we’re not just visiting plantations and rural areas. In Havana, for example, we’ll be going to working class and heavily Afro-Cuban neighborhoods. We’ll be visiting neighborhoods that tourists never see.

Reynaldo: The group will be exposed in an intense way to the development of the sugar industry in 19th century. They will learn how it was related to New York banking. In 1837, the railroad was introduced in Cuba. It was the first built in all of Latin America. It was built to transport support the sugar industry and its vast global network.

The individual who financed the operation was Moses Taylor. He made so much money that he founded the National City Bank of New York; it later became known as Citibank. At Harvard University there is a 986-page volume dedicated to Moses Taylor, but not one mention of the Cuban slavery and the Cuban sugar that created his wealth.

We’ll visit a former plantation where family members of slave descendants live in the same barracks that their families lived in as slaves. We want our group to see and experience the historical connection — and on the ground connection — to the Afro-Cuban realities on the island.

Are the social and economic changes on Cuba increasing racial equality?

Evelyn: Some say racial equality is getting worse due to the increase of tourism. Others disagree.

We’ll be looking at the generational advantages that Afro-Cubans haven’t had access to because of the deeply embedded history of racism and colonialism. This will be challenging; it may cause emotional and mental discomfort. However, we must confront that to understand who are we, where are we going, and where came from.

We’ll also discuss how religion facilitates that memory. We know that from a top-down perspective, government instructs that there is no structural racism. Therefore, individuals have no recourse to challenge the state or make their claims known. On a social level, this is a much different reality and a quite painful history that has to be embraced and yet dealt with head-on.

Evelyn: In spite of all this history (of racism) in both the United States and Cuba, there has been an appropriation of Afro-American and Afro-Cuban cultural tradition by the dominant society. That’s been through religion, the arts and in other areas. We appropriate what we want to embellish what we are, without addressing structural concerns. “What contributions to civilization have people of color ever made?” Steve King, a Congressional representative from Iowa, expressed this recently. What he is expressing and articulating is what’s on a lot of people’s mind in this country.

We’ll try to see the linkages between the present and the past not just in Cuba, but also in our own society. We don’t always see our society clearly until we look through another prism.

Reynaldo: We’ll be examining the history of Afro-Cubans in medicine and education. There’s the Latin American School of Medicine (ELAM) where U.S. students are obtaining a medical education in Cuba because they cannot afford to attend medical school in the United States. We’ll also be considering how increased tourism is impacting the Cuban food system. Word on the street is that Cuba is no longer going to be able to maintain organic production to meet tourism needs, and that some producers will need to switch over to conventional, larger scale production.

Evelyn: A great deal of the “good food” is going to tourist restaurants. There are long lines for food. We’ll learn more about this.

Any final thoughts you’d like to offer about the trip?

Evelyn: We’ll be visiting sites that are deeply interesting, historically significant and of personal interest. We’ll be exploring music, religion and culture. It will be a great group of people and a wonderful offering of activities. We’ll be combining a serious study tour with deep discussion of critical issues, but we’ll also do a considerable amount of sightseeing, visiting lots of neighborhoods, getting to know Cuba to some degree.

Reynaldo: We have nearly a dozen speakers lined up that will help our group deeply engage with the Afro-Cuban experience in education, nutrition, medicine and other areas. The group will come away with a very deep and critical understanding of the changing nature of Cuban society and specifically the challenges held by marginalized populations on the island.