The Political Scene and the Role & Status of Women in Cuba

The future of Cuba’s leadership is anybody’s guess right now. We were told that the most likely candidate for president in 2018 when Raúl steps down seems to be Miguel Mario Díaz-Canel Bermúdez (1960- ), first vice president of the Council of State of Cuba since 2013 and a member of the Politburo of the Communist Party of Cuba since 1997.

Díaz-Canel promises he will not fight with guerrilla warfare even though his political views have been described as “hardline” Marxist. Journalist Marc Frank of Reuters says that Díaz-Canel has worked his way up the Communist party hierarchy for the past 30 years by holding provincial posts and being minister of higher education. He does not have any military background, but he is reform-minded — and very handsome. If he becomes president, it will be the first time that Cuba is led by someone who is not an historic figure

The Guardian reported him to be “a serious and dour in front of the cameras, but it is said that he has a funny side in private. He’s been described as loyal, flexible, intelligent and opaque. And a Beatles fan... He certainly represents a new generation of Cuban politician.”

The Castro sons do not show any interest in politics or political leadership and unlike their father, tend to be very reserved. So they are probably out as contenders.

As for women, there have been some great strides since 1959, but none are on the horizon as possible candidates. Women’s equality is one of the tenets of the Revolution where a few women even fought with Castro in the overthrow of the Batista government. While there is only one woman governor in Cuba, the National Assembly has more women representatives than men.

According to the White House Project: Benchmarking Women’s Leadership (2009), Cuban women make up 43.6 percent of the 614-member unicameral National Assembly compared to 17 percent in the U.S. Congress.

Marc Frank said that Raúl made Affirmative Action a priority and that women may have maternity leave from their jobs for up to two years. Even so, women — and people of color — are still under-represented in business.

“Over time, sexism and racism will disappear,” predicted Frank, “but there needs to be more discussion about it. At least there isn’t a violent edge to racism in Cuba, and the races are not separated.” 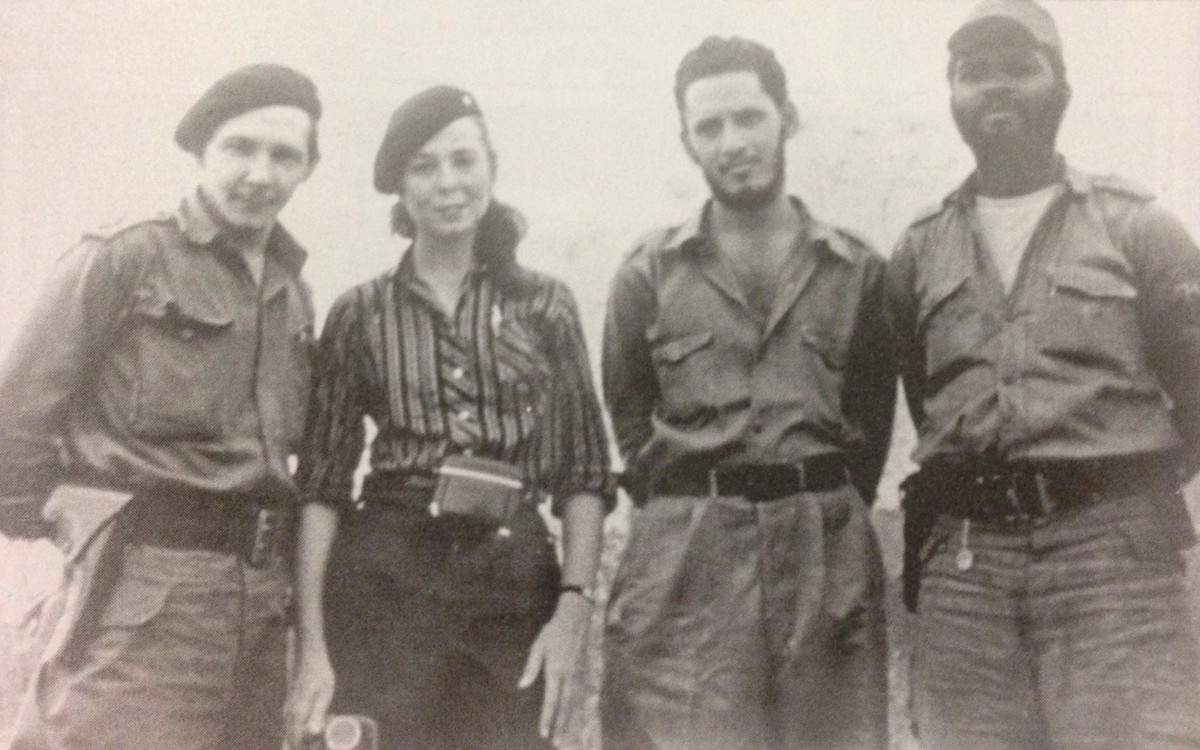 Vilma Lucila Espín Guillois (1930–2007), Raúls’s wife, was a Cuban Revolutionary, feminist and a chemical engineer by training. She founded the Federation of Cuban Women in 1960 and served as its president until her death. This non-governmental organization has a membership of more than 3.5 million women.

Espín was also a member of the Council of State of Cuba, the Central Committee and the Political Bureau of the Communist Party of Cuba from 1980 to 1991. She headed the Cuban Delegation to the First Latin American Congress on Women and Children in Chile in September 1959. She also headed the Cuban delegations to the Conferences on Women held in Mexico (1975), Copenhagen (1980), Nairobi (1985) and Beijing (1995).

“The challenge of women in Cuba — as indeed it is all over the world — is to balance the double duties they must perform both inside and outside the home,” said Pavo.

In 2010, the American Association of University Women conducted a study of Cuban women and found that Cuban women have a long way to go before they reach full equality with men. In this machismo culture, “traditional sexist behavior and gender stereotypes persist and laws requiring the equal division of household chores are not enforced.”

Some women at the University of Havana admitted that they turned down leadership positions because they lacked home support for their careers. Moreover, Cuban women lack access to basic conveniences that most American women have like modern household conveniences or food items like frozen meals.

Women engineers are few but gaining in numbers. In 1981, women numbered only 5 percent. Today, they are 24 percent (compared to the U.S. where only 11 percent of engineers are women.)

Women are well-represented in universities as faculty but not as administrators. Eighty percent of college students are women as are 68 percent of university graduates.

The Revolution declared that women could work outside the home, if they wanted. However, neither of our guides has ever seen a woman bus driver in Cuba. What many Cuban women end up doing instead is running self-employed businesses like bed and breakfasts, nail salons and other small, private businesses. The “pretty ladies” of Old Havana also have a business. They are old, but they dress up in traditional costumes and smoke cigars in order to entice tourists to take photos of them — for a price, of course.

As far as the military is concerned, women head up female battalions. Of course, their service is voluntary, not mandatory like it is for men who must serve at age 18 for two years. (Pavel served in the military where maneuvers usually last 64 days. He used to hitchhike home at night on flat bed trucks whenever he had a week’s leave.) The state also requires that young people perform social services — two years for men and three years for women.

Although women are at a disadvantage for Cuba’s next stage of governance, they have and will continue to make great strides toward the goal of equality. Maybe the new leadership after the Castros can make that happen.