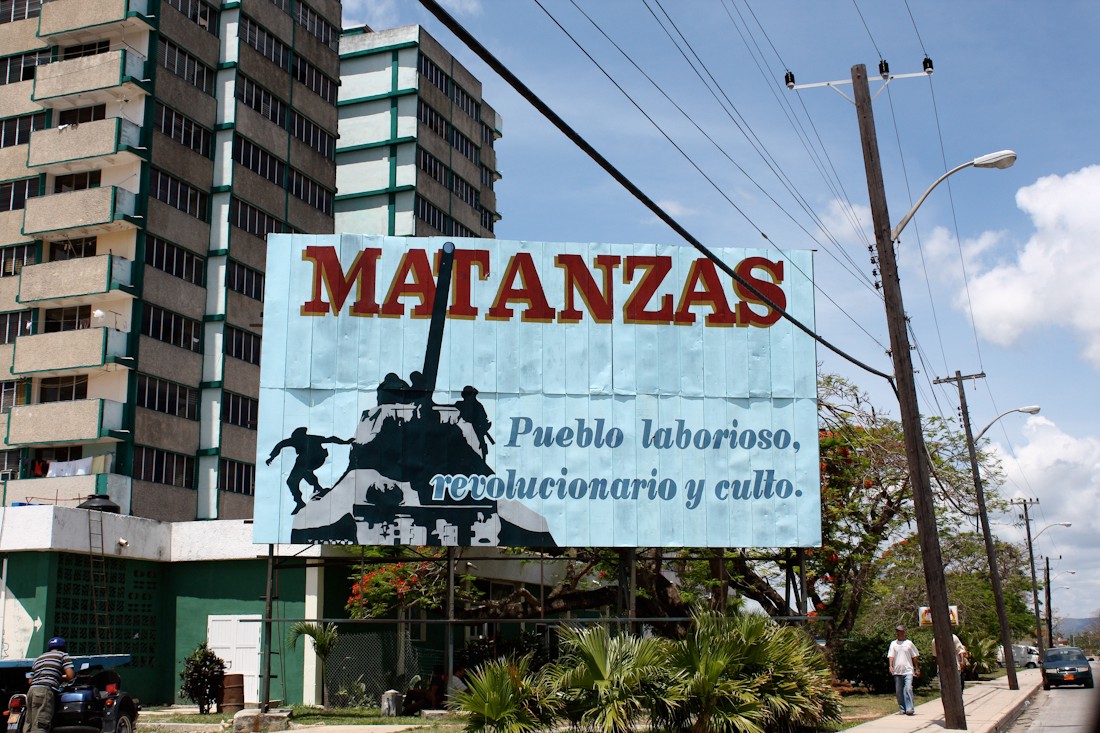 Cubans are teased by many Latin Americans for their way of speaking Spanish. Cuban Spanish was influenced by the Spanish used in the Canary Islands and Andalusia, Spain. It differs from the Castilian Spanish that Christopher Columbus brought with him in the 15th century and which Jesuits and Franciscans taught the indigenous peoples they encountered, conquered and converted to Catholicism.

For example, Cubans usually drop the “s” off the end of their words or before a consonant. Buenos días (good day) comes out as bueno día and pescado (fish) becomes pecao. Cuban Spanish also uses the dissimilation of the final “r” in some verb infinitives that change to an “l.” Parar (to stop) is pronounced paral.

Diminutive endings are different from the standard –ito and –ita and converted into ico and ica. So momentito (a New York minute) becomes momentico while platito (a small plate) become platico.

They like to mess with the -ero suffix for place names. Someone from Santiago de Cuba is a santiagués instead of the Spanish santiaguero.

They prefer to call each other compañero/compañera (comrade) rather than the traditional señor/señora. After all, they are a socialist country! Likewise, the informal pronoun, tú, is preferred over usted.

Cubans have adopted some vocabulary from the Canary Islands as well. Guagua (bus) is an onomatopoeia that sounds like a Klaxon horn, which to Americans is an “ooh-gah.” Nevertheless, I think guagua is a much more colorful word that the typical autobús. Then there is the verb “to fight,” which comes out fajarse instead of the Spanish pelearse. The verb, fajar in Spanish means to “hem a skirt.”

You can tell someone is from the eastern end of the island when you hear a sing-songy way of speaking with high intonations. We didn’t hear this form of language because we stayed more on the west end, but I think it would be interesting to hear it.

Another characteristic of Cuban language is its irreverence and love of making jokes. For example, Pavel’s friends affectionately call him Tonto, which means moron. His hometown is called Ciego, which translated means blind man. One city we visited, Matanzas, means massacre. Apparently, the Spanish killed many indigenous people there and they don’t want anyone to forget it. Today, Matanzas is known for its poets, culture, and Afro-Cuban folklore.

“They don’t mean anything derogatory by these names,” said Evelyn Hu-DeHart, a Latin American scholar who has studied Cuba over the past 20 years. She was a member of our group who served as our guide and trip planner. “It’s just part of their culture to be graphic and witty.”

Pavel, who is a very good English speaker, majored in languages in college, and he is very sensitive to language and its nuances. But one thing that he doesn’t always get right in English is the context of some words. For example, during one of our long over-the-road treks, we got to talking about language and one of the words that somehow came up was “bowel movement.” Pavel was confused because he knew what bowels were but “movement” in his context is usually political. He didn’t pick up that we were trying to describe a polite way to describe a bodily function.

A discussion of language can’t evade the fact that it is also a tool of government and for both Cuba and the U.S. this is no understatement. For example, the Castro regime uses the term “mercenary” to refer to the 1961 invaders of the Bay of Pigs while the U.S. describes them as “freedom fighters.” Cubans refer to those who fought against the American invasion as “militia men” who were part of “the people’s army.” This labeling invokes solidarity among Cubans to fight the good fight for the Revolution.

Castro also used the term “blockade” to describe what the U.S. calls the “embargo.” One of the billboards we saw on the road even characterized the blockade as genocide; it was written in big, black scary letters on a white background. Blockade is a term usually associated with acts of war or the use of force while embargo is more of a legislative or diplomatic term. President Eisenhower imposed the first embargo in 1960 and President Kennedy expanded it to include almost all imports in 1962.

The Castro regime is using the term, blockade, politically to rally the people against the North and unite them under the Revolution. It seems to have worked for the most part.