It’s the reason I was put on earth 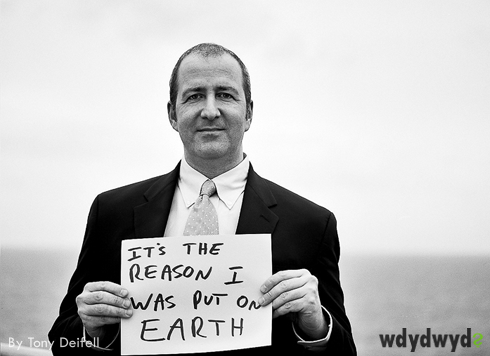 Some students shuffle across the stage in unlaced sneakers, some totter in high heels. Some stride across with high fives. But my favorites are the ones who carry their children. They remind me most of all why I do what I do.

I’m not sure what it is that I do. On the surface it’s easy to describe: I provide weekly commentary on CNN in response to ethical dilemmas that viewers submit to me. I write a syndicated column, and I direct documentaries. But at the end of the day, I often wonder, “What is the effect of all of this activity? Does it really lead to a change in attitude or behavior, and is that even what I’m trying to accomplish?”

All I know is that I’ve felt a force pulling me along ever since I saw a film called “You Only Live Twice” in 1967 when I was seven years old. The combination of beautiful music and colorful imagery during the opening title sequence mesmerized me, and I knew that I wanted to be involved in this kind of work for the rest of my life. The screenwriting guru Robert McKee said (during a seminar paid for with my Kellogg Fellowship!) that a film is “an idea wrapped in an emotion,” and I think that says it all about what I’m working toward. Whether it’s as “The Ethics Guy” or as an independent filmmaker, I want to leave the audience with something to think about and something to feel—and perhaps motivated to make a difference in their own lives.