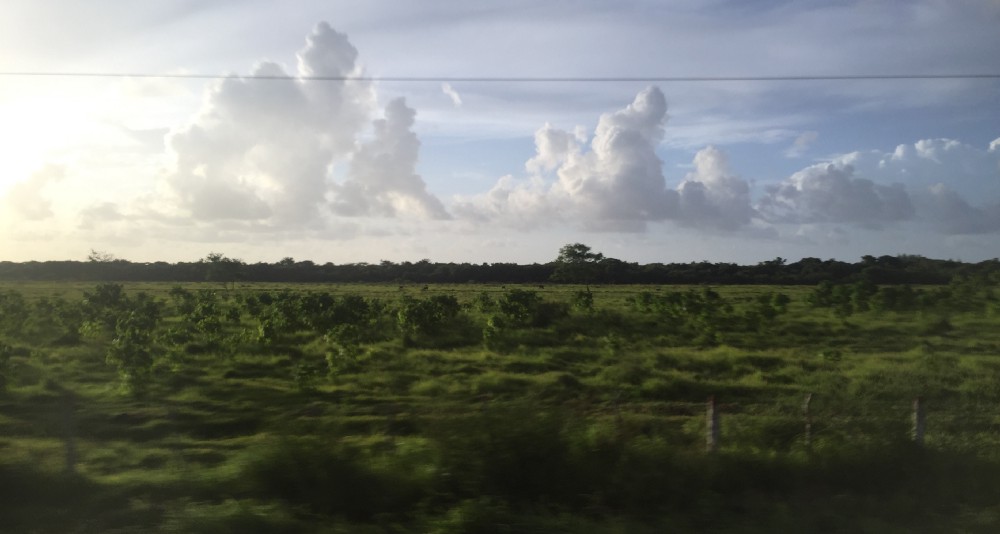 As a slight contrast to our Cuban highway experience on the way back to Havana from Varadero, we took the rural back roads for our return to Havana for a more scenic view. The only problem with this kind of travel is that there just aren’t a lot of places to stop for a snack or bathroom break. (There were barely enough places on the freeway!) Since we fellows are 30 years older than we were on the fellowship, bathroom breaks have become more vital. We were about 60–90 minutes away from our destination when a few of the women asked our guide for a quick solution.

“Would you be willing to go to the bathroom at someone’s house,” Pavel asked.

Pavel and Edgar, our faithful bus driver, talked about where we would stop and who would approach the homeowner with such a request. Edgar found an area on the side of the road that had a number of houses despite our rural surroundings. He saw a woman sitting on her front porch and stopped our huge bus in front of her house. Then Pavel and Edgar discussed who would approach the woman. Edgar absolutely refused to do it but advised Pavel to “be suave.”

Pavel left the bus not with his usual confidence, but he was on a mission. He later told us what he said to the woman.

“We are on a tour of Cuba and have some elderly women who need to use the bathroom,” he said. “Would you allow us to use yours?”

As I sat on the bus I watched the woman’s face drop with astonishment at Pavel’s request, but she agreed and opened her house to the few people who had to use the bathroom. Many other fellows got out of the bus to stretch their legs and to talk to the woman’s children and neighbors who were gathering around her porch to see who these strange gringos were. There were also a few curious goats in the yard who approached a couple fellows and got some petting attention in return. A dog across the street sat on the roof of one house and checked in amazement the strangers from the big bus. 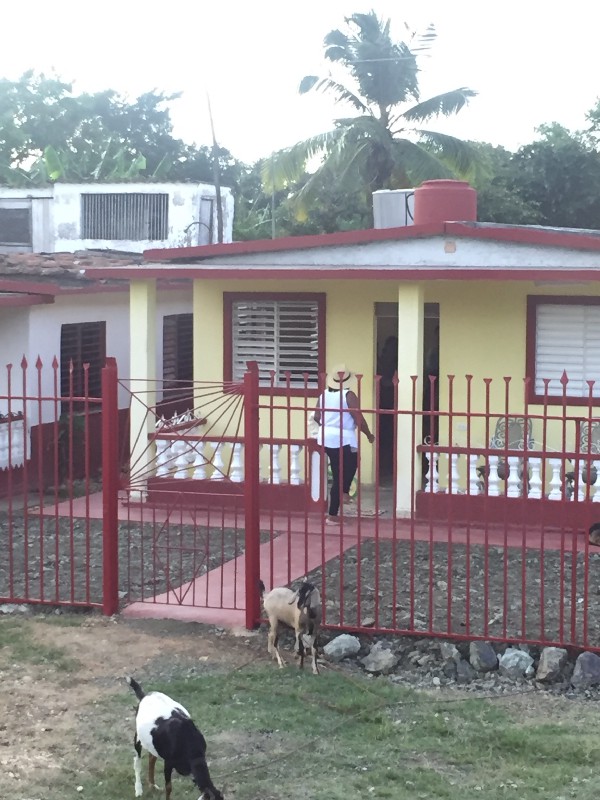 Fellows who engaged the woman and her children learned that her family of four generations were all living together in three adjacent houses. The woman’s little girl had been sick with pneumonia for the past 20 days and spent some time in the hospital. She was much better as a result.

After half an hour, everyone piled back in the bus and we moved on. I’m sure we were the talk of the town for a few days. As we pulled away from our stop, Edgar declared that he didn’t want to use the woman’s house but would make another stop once he found some high bushes. A few other men joined him.

But the surprises of this journey were not yet over. As we headed west, the sunset began to show its fine colors. Evelyn suddenly and reflectively declared that the moon was very bright tonight. Pavel began to look all around the sky for the moon, but he saw none. Then he realized Evelyn was talking about the sun. Evelyn must have been really tired to confuse the two lights of the sky. Those of us around her who witnessed this exchange started laughing uncontrollably for the remainder of our ride. What was so funny was Evelyn’s way of swooning over “the moon.” Later, she mentioned that the Cubans sometimes mix the sun and the moon or see them as the same.